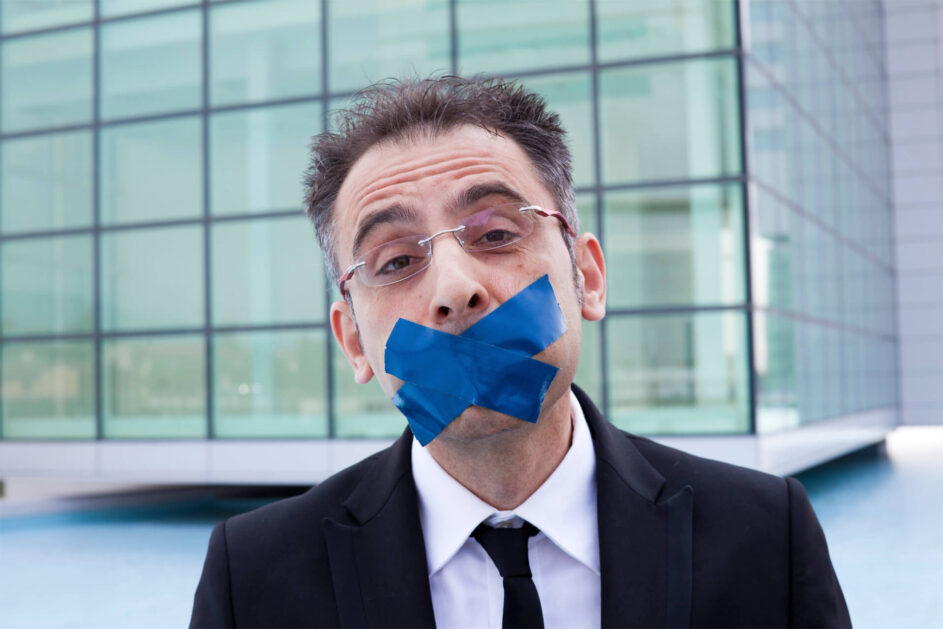 Have you ever gotten the feeling you said too much? Or maybe said it at the wrong time? Have you ever been interrupted by someone who was trying to help you make your point better?

I know in my life I have been guilty of dominating conversations, offering unsolicited or untimely advice, and saying words I later regretted. I have worked to change these behaviors in myself because I know how it feels to be the one who is talked over. If you’ll pardon my frankness here, it sucks.

It’s also uncomfortable to witness how this excessive talking behavior negatively affects others.

When attending yet another Zoom event, I recently observed a participant, asked to speak by the moderator, begin to share a story. A panelist jumped in and interrupted the participant mid-sentence. The participant got very frustrated and finally said in an exasperated tone, “Can I please just finish my story?” The panelist stopped speaking then, but later referred back to the earlier exchange, stating that he wasn’t interrupting the participant, he was educating her.

To me, the panelist came across as defensive – like he was feeling threatened that someone else might have something valuable to contribute about his area of expertise. He seemed rude and patronizing, and to be honest the exchange slightly damaged the authority that he had built up for me during the event… The sad thing is I think he really thought that he was being helpful. He just didn’t know how he was actually coming across. That’s what inspired me to write this blog.

There are so many really great times to speak up and interject and communicate openly, but that’s not what we are talking about today. Here are 7 reasons to keep your mouth closed (and maintain your conversational credibility)… :-I

It’s time to keep your mouth closed when…

How will your life be better once you learn when it’s appropriate to keep your mouth closed? First, you’ll become a better conversation partner and you’ll find that people will want to talk with you more. Second, you’ll be a better listener, which will make you more persuasive. Finally, you’ll be much less likely to annoy people. 🙂

If you can see how these tips will empower you to speak up more through saying less, let me show you how to make your voice mean business™ in a bigger way at home and in the office – online or off.

Click here to take me up on a free 15min chat and we can find out where you are and what your next best steps are as both a speaker and a leader.

Yours out loud,
Helen

One Comment on “Seven Crucial Times to Keep Your Mouth Closed”